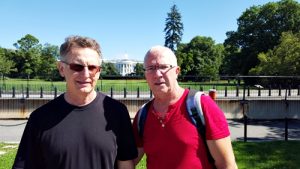 Two graduates of the physics faculty in Timisoara, Marius Chirita and Adrian Ieta, have been awarded the gold medal at the 13th edition of the contest “European Exhibition of Creativity and Innovation EUROINVENT 2021” organized by the Ministry of Research, Innovation and Digitalization between May 20-23, 2021, at the Palace of Culture in Iasi, Romania.

Marius Chirita is a PhD physicist, scientific researcher at the department of applied physics / condensed matter of the Institute for Condensed Matter and Electrochemistry (INCDEMC) in Timisoara, Romania, and Adrian Ieta is also a PhD physicist, professor at the department of Electrical and Computer Engineering at SUNY Oswego University of New York, USA. The work presented at EUROIVENT 2021, “Electrohydrodynamic propeller for in atmosphere propulsion; rotational device first flight ” is presented for the first time at a profile competition of this magnitude. 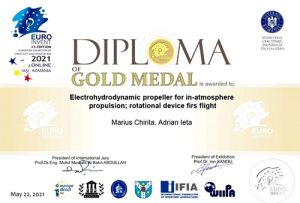 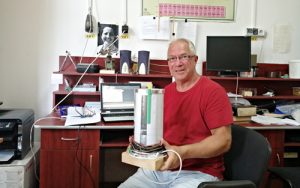 The ongoing investigations related to the development of a rotary ion engine, is a joint activity of the two within the two institutes, INCDMC Timisoara and SUNY Oswego University of New York.

Currently, the research is funded based on a CCCDI project, PN-III-P2-2.1-PED-2019-3646 won by Marius Chirita, through the competition organized by the Romanian Ministry of Education and Research, within PNCDI III, in 2019.

The international jury was coordinated by Mohd Mustafa Al Bakri ABDULLAH, of Perlis University in Malaysia, and Ljiljana PEDISIC, president of the Croatian Inventors Association. The president of EUROIVENT 2021 was Prof. Dr. Ion Sandu from Alexandru Ioan Cuza University of Iasi. (I.P.) 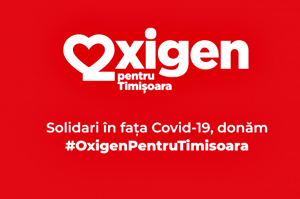 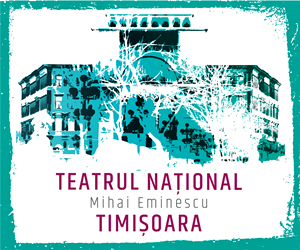 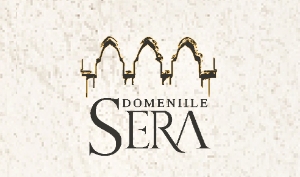 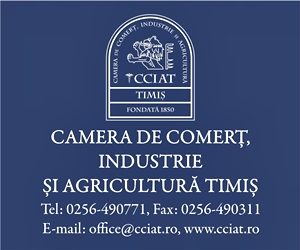 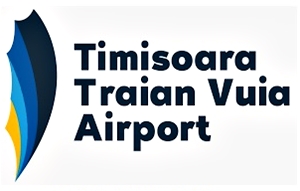